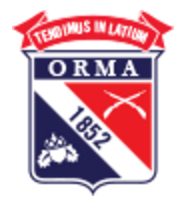 Students can participate in a wide variety of sports, including football, baseball, tennis, and soccer. The Drill Team is also one of the most active extracurricular activities on campus. The academy’s mascot is the Cadet.

The tuition for Oak Ridge Military Academy is significantly lower than the average tuition costs for similar institutions.

On average, Oak Ridge Military Academy accepts 59 percent of applicants. This acceptance rate is slightly lower than the acceptance rates at similar schools.

Graduates of the academy have been accepted to colleges in North Carolina, across the United States, and around the world. Reports from the academy indicate that 99 percent of graduates are accepted to their school of choice. Notable alumni include NASCAR driver Dale Earnhardt, Jr. and George Fountain Parrott, a recipient of the Navy Cross for service during World War I.

Oak Ridge Military Academy is a unique community of caring educators and mentors who come alongside youth to help them meet their needs and build them into successful student leaders. ORMA creates an environment that fosters sound values, encourages learning, and provides opportunities to practice positive influence today so they will shape cultures tomorrow. This vision is rooted in the belief that Character, Knowledge, and Influence are the building blocks of Leadership.

The Oak Ridge experience begins with adult mentors in and out of the classroom who are experienced leaders, caring for each child. Character is shaped through positive peer pressure of Cadet Leaders, community projects, and Chapel programs. ORMA’s dedicated faculty is exceptionally effective in encouraging Cadets to want to learn, and equipping them with the tools to develop their communication and study skills. Cadets learn to think with their heads and their hearts as they prepare to lead others.

The opportunity to exercise leadership is another distinctive quality of Oak Ridge Military Academy. While first a college-preparatory school, the military structure affords Cadets with positions to positively influence their peers. These skills will set them apart in centers for higher learning, as well as, their chosen professions after college.

Oak Ridge Military Academy offers an extremely diverse Corps of Cadets.  The Corps is comprised of youth from across the nation and around the world. They come from North Carolina and California, China and Russia, Latin America and the Caribbean, and Europe and the Middle East. One can say, “The world has come to Oak Ridge.” This rich mixture of cultures and experiences broadens the mind of each Cadet. They form friendships, continuing on far beyond their time at ORMA.

The Oak Ridge Military Academy experience has proven effective for more than 160 years. Founded by three visionary families in 1852, the Academy has held onto the timeless values of Character, Knowledge, and Influence, while transforming its methods to help your child be successful in today’s ever-changing world.